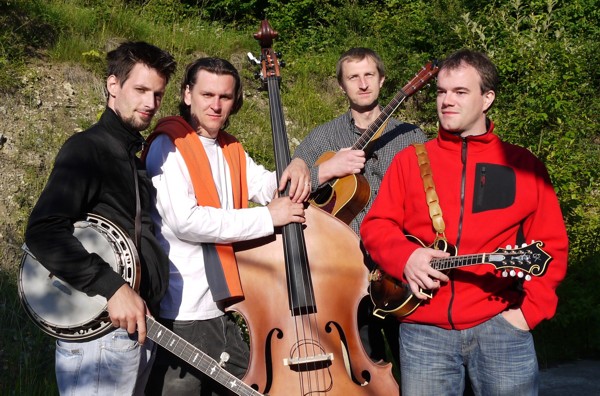 is a band from Slovakia and the Czech Republic founded in 2011. They play mostly modern bluegrass music influenced by other genres like folk music, new acoustic music, jazz etc. Their set list contains original songs and instrumentals as well as innovatively interpreted covers of some well known songs. East-West recorded 5-song demo recording in 2011. In 2012, they were awarded #2 European Bluegrass Band 2012 at the European World of Bluegrass Festival in the Netherlands and they won the band contest at the La Roche Bluegrass Festival in France in 2013. A debut CD „East-West“ comes out in May 2014.