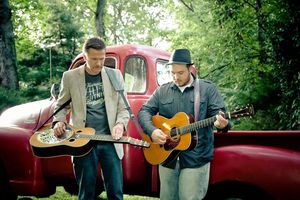 Rob Ickes has a history of variety in the solo projects he records outside of his commitment with Blue Highway. Some have ben instrumental albums, others involve vocalists. A couple have explored jazz rhythms and harmony, while others stick closer to traditional string music.

The next one up will be a duo project with country/bluegrass singer Trey Hensley.

Though still a young man, Hensley has generated his share of buzz in the industry. Marty Stuart has championed the singer, calling him a “bona fide hillbilly rock star.” Trey also appeared on Blue Highway’s current CD, The Game, singing lead on My Last Day In The Mine, and showing that his bluegrass roots run as deep as his country ones.